The map historical research by prof. Bram Vannieuwenhuyze, the academic staff and the students has different focal points.

Old maps not only present data about spatial objects. More than one would suspect, countless old maps offer a glimpse of events and stories that have taken place in the charted area or territory. For example,  maps show the journey of an explorer, trader or pilgrim; present the siege of a city or a battlefield; indicate the extent of a river flood, or explain Biblical stories. Traumatic events such as war, attacks, natural disasters or accidents seem to have been mapped in particular. Plans for future land reclamation, roads, city extensions or fortifications were mapped as well. Often these plans remained completely or partially abandoned, and hence the maps share similarities with the imaginary maps of stories, legends or mythical places.

In such ‘story maps’ the pure geodata (the mapped landscape, area or territory) is combined with a so-called action layer (the events, the story). Yet these two layers are often difficult to distinguish from each other: the geodata is more than just a backdrop and the events depicted are more than just to fill space or for decoration. In many maps both layers are subtly intertwined with each other, making interpretation by the (contemporary) map user more difficult.

In addition, there is the time depth aspect. Some story maps present current or very recent events. They are news maps, a genre that is closely related to the news prints that were mainly made and distributed in the early modern period. History maps show events from a more distant past and are therefore often more contemplative and synthetic. They represent historiography in cartographic form. And other story maps project a future, desired or ideal situation onto an existing landscape or territory.

The main question is how such story maps can be ‘read’ and with which methodological handles the fields of cartography, history, art history and narration provide us. A second set of questions focuses on the production and consumption of story cartography: who produced story maps, how and why did that happen, and how were these maps used and interpreted? These are questions that are mainly explored together with the students from the Seminar Map Analysis and Historical GIS and the History Maps tutorial, and are reflected in group works and papers. In addition, Bram Vannieuwenhuyze is conducting research into the phenomenon on the basis of individual case studies, whether or not in collaboration with colleagues.

Cities have been mapped for centuries and urban cartography is therefore one of the important areas of cartography. As the Low Countries have been one of the most urbanized regions in Europe since the late Middle Ages, it is no surprise that many city maps of Dutch and Belgian cities have been made. Moreover, the production of city atlases experienced its heyday in the sixteenth and seventeenth centuries.

Urban cartographic production has already been studied for several cities. In a number of cases this led to in-depth and extensive monographs and carto-bibliographies; in other cases the publications are limited to short articles or exhibition catalogues. Necessary research work has also been done on the production and composition of the former city atlases; some have been re-issued, whether or not in facsimile. What is striking is that there is no overview work on the urban cartography of the Low Countries, in which the most important characteristics and evolutions of the genre are explained.

Former city maps are one of the main sources for the composition of historical city atlases and urban morphological research. In that context a large research project was set up in the mid-1950s within the framework of the International Commission for the History of Towns : the European Historic Towns Atlas Project

It had a dual purpose: on the one hand the publication of historical atlases for as many cities, and in the most uniform way, as possible; and on the other hand – and building on this – a large comparative study into the urban morphology and spatial development of European cities. It is regrettable that the production of historical city atlases in the – although highly urbanized – Low Countries has barely progressed. For the Netherlands and Belgium together, only eight have appeared according to the official guidelines. However, a number of related books have emerged in the last three decades.

From the Chair of Historical Cartography an attempt will be made to continue the research into urban cartographic production, both of individual cities and in a general sense; and to breathe new life into the halted historical urban atlas project for the Low Countries. With regard to the latter, cooperation with other partners is necessary. The publication of the seven Dutch atlases in the period 1982-2003 was, moreover, the result of collaboration between the University of Amsterdam and TU Delft.

‘Maps in Context’ is a project set up within the framework of the Historical Cartography Chair that seeks to restore the lost links between old maps and handwritten and printed texts. The starting point of this project is the problematic contextualization of countless cartographic media (maps, atlases and globes). These are usually kept in separate collections from libraries, archives, museums or are in private hands. Textual sources that provide context for a map, on the other hand, are ‘hidden’ in archives or can be found in printed matter that is not stored with the map. Consider for example invoices, auction catalogues, letters, advertisements and critical reviews. Often the links between map and context have been lost because maps have been removed from the archive and brought together in separate collections or sold. That is why scholars and map curators have great difficulty reconstructing the context in which old maps were created, used and stored.

The ‘Maps in Context’ project aims to restore the links between old maps and contextual information in order to make them accessible via a searchable web database. This will be a platform on which scholars, curators, leisure historians and collectors can find and use information about old maps much more efficiently. The completing of the database takes place via two tracks: firstly, the entry of contemporary (issued or unpublished, archival or printed) data on former maps, map makers and mapping practices; secondly, the linking of that data to old maps of which, in the long term, users will also be asked to provide or correct data. This data will, among other things, enable us to gain better insight into the past daily practices of mapping, map use and cartographic literacy.

The project was started at the end of 2018 by Prof. Bram Vannieuwenhuyze; in May 2019 a first workable version of the database was delivered. This was then tested with various text and map materials. In July 2019 the project was presented at the 28th International Conference on the History of Cartography (ICHC) in Amsterdam. A searchable and user-friendly version of the database is currently being developed and data is being entered for the map history of the Low Countries. The project is being implemented by Marissa Griffioen and Bram Vannieuwenhuyze.

The historical cartographic research programme called Explokart, created by Prof. Günter Schilder, has realized a large number of studies and publications. The applied research methods have found international recognition and the results of the staff have contributed to the international recognition of Dutch research within and outside the field of historical cartography. A special feature is the deployment of qualified volunteers that in consultation with, and under the supervision of, the Explokart staff, carry out research into relevant map-historical subjects that would otherwise be omitted by the staff’s lack of time. Twenty research projects have been published in the Explokart series since 2001. 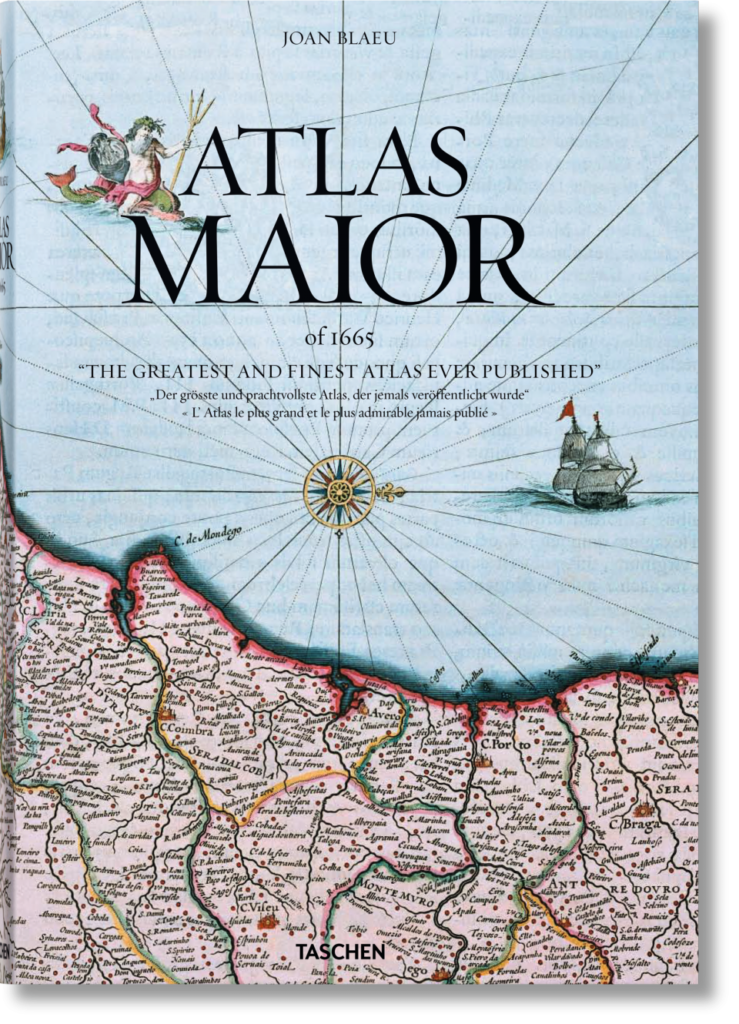 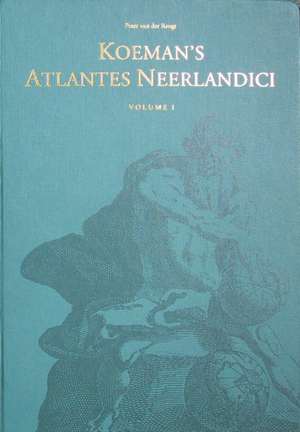 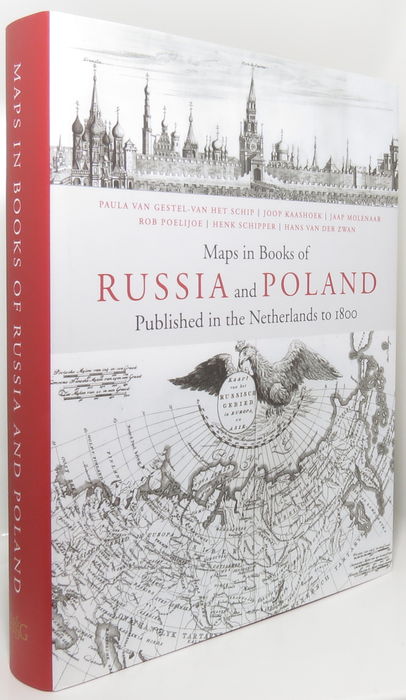 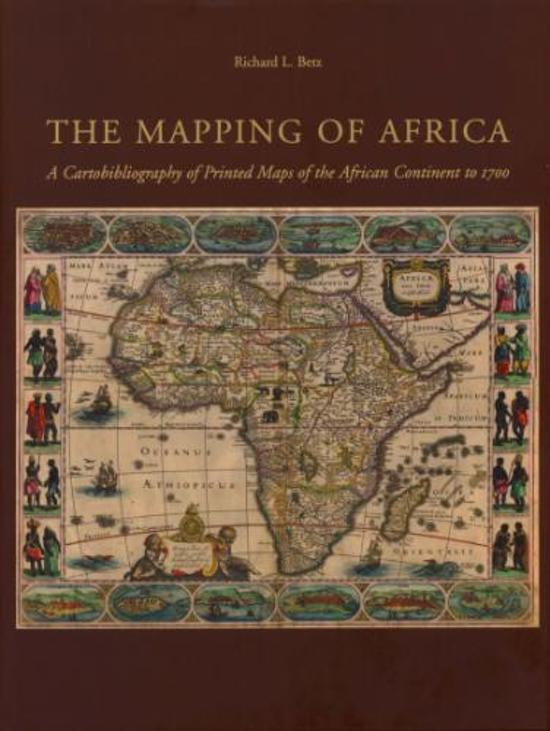 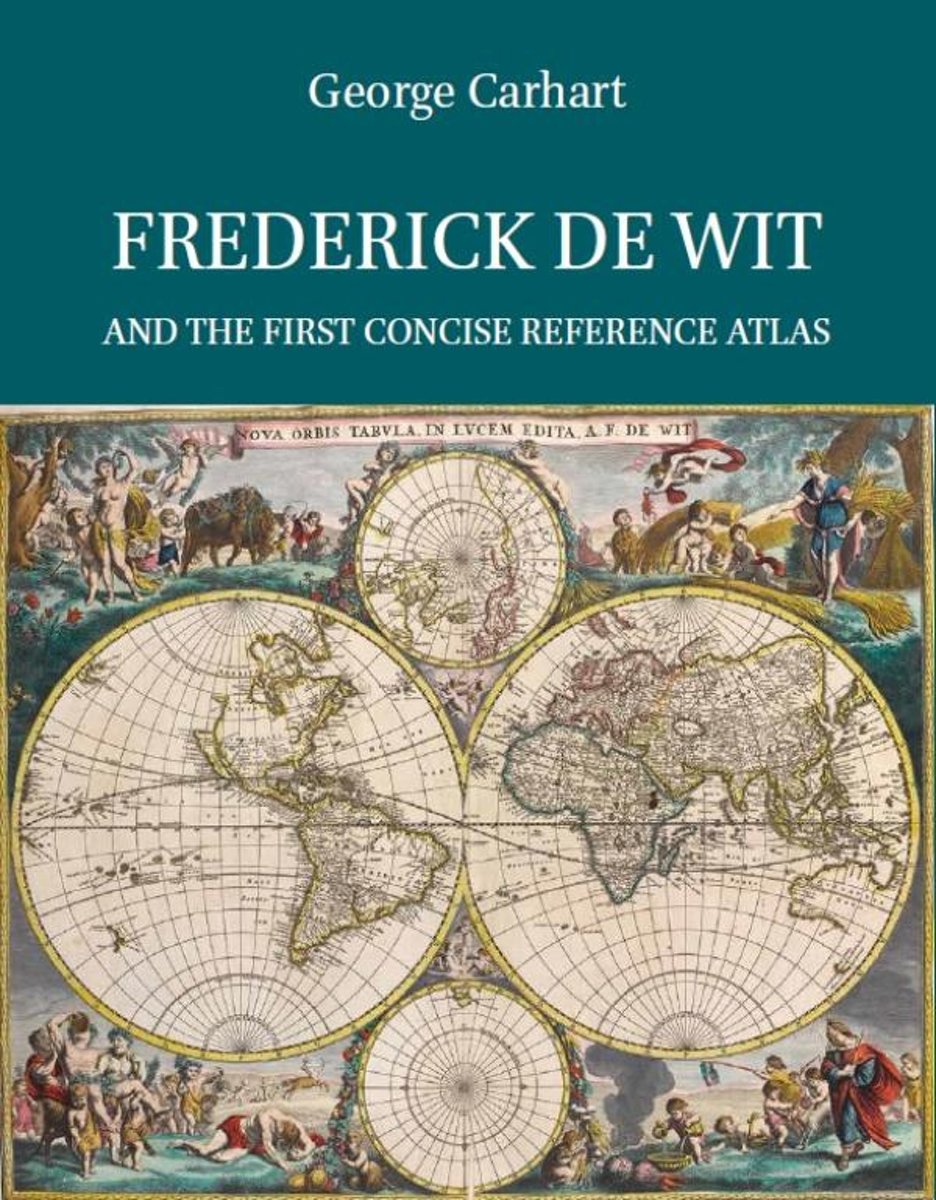 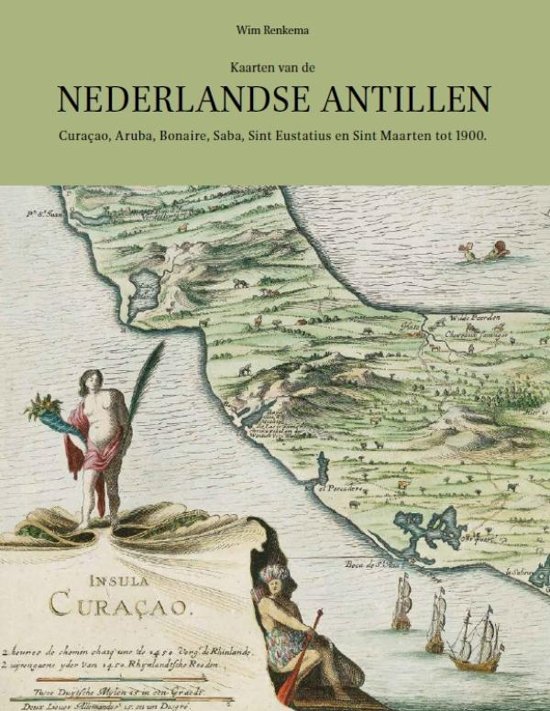 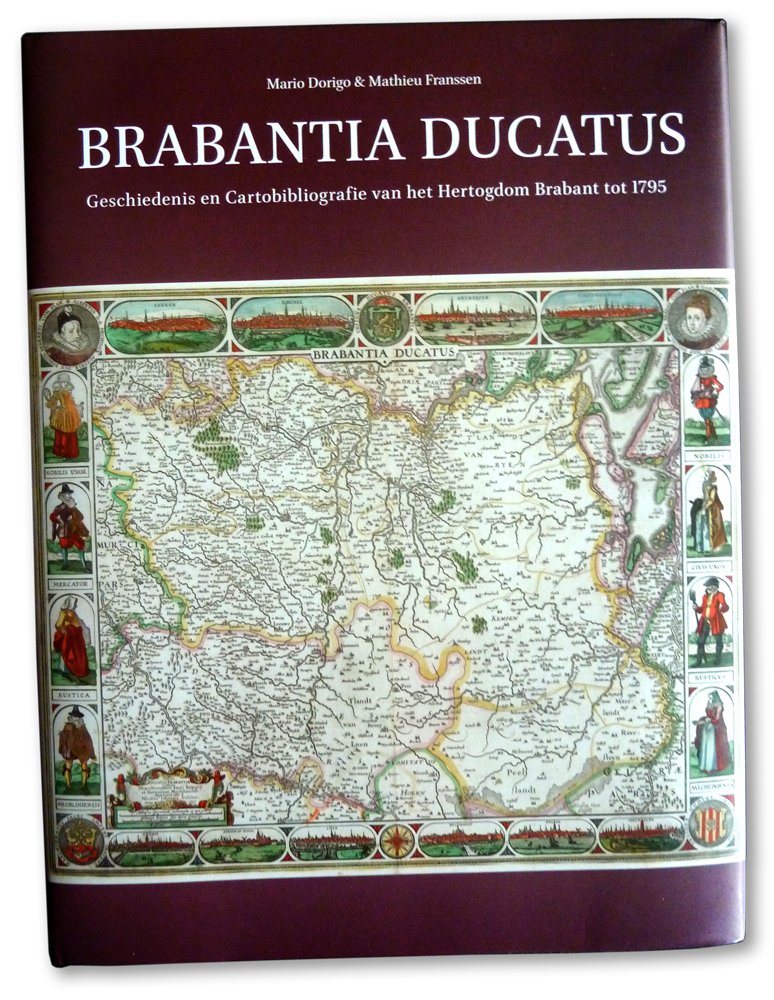 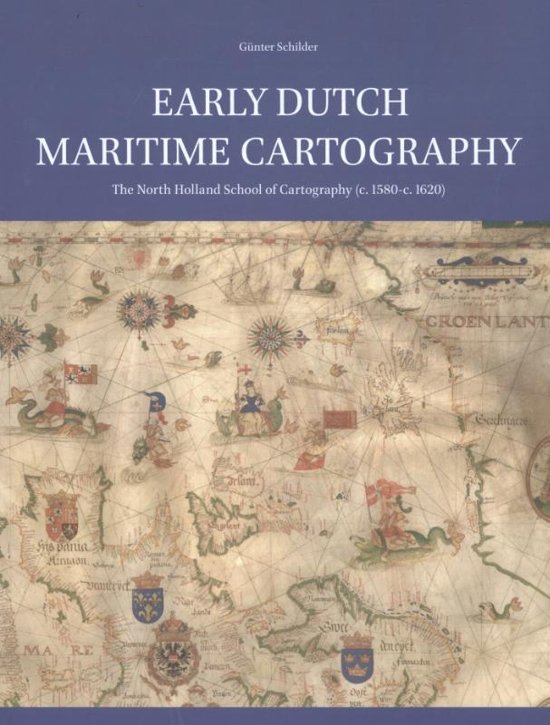 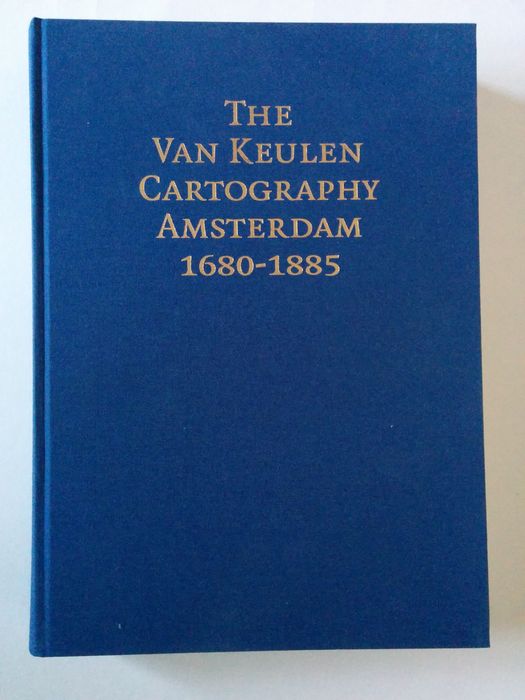 The current management of this programme rests with Prof. Bram Vannieuwenhuyze, Jansonius curator Peter van der Krogt and project leader Paula van Gestel. A number of new spearheads will soon be determined within the Explokart research programme.
In 2002 Explokart received a large grant from the VSB Fund to support volunteer research and the resulting publications, published from 2001 to 2014 by Hes & De Graaf in ‘t Goy-Houten and, since 2014, by Brill in Leiden.